Alabama a Day of Adventure

Jim was up first, I was up shortly after. He  was telling me about a weird dream he had that I was yelling at him. He took a shower I made a smoothie. And I made him bacon and eggs on the leftover biscuits from last night's meal. And I took a shower, I had cereal and yogurt. Len and Phyllis picked us up for day of Adventure. We had quite a drive, first stop was Dutch Oven bakery. Cute little Amish store it had all kinds of goodies. I bought a little baking sheet, and some pumpkin whoopie pies for dessert tonight. We got back on the road and headed to our main destination, which was the Alabama Music Hall of Fame. 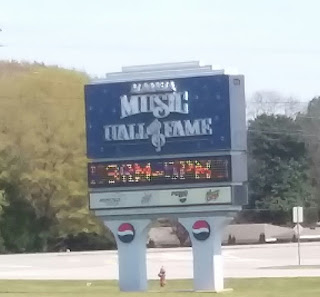 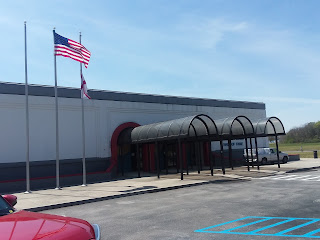 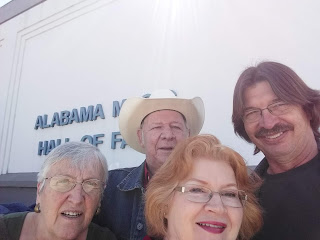 We got there just in time, they had 150 seventh graders that just left. We were so glad we miss that. So the staff said they were running around trying to get up all the fingerprints cuz you know they have to touch everything. We walked through got to see Alabama's bus, was pretty old the inside was not what you would think. Slept about 12 people, and no kitchen.  People there were recognized for recording  at the recording studios there, also artists that were from Alabama. Took a lot of pictures. 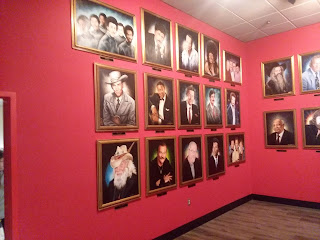 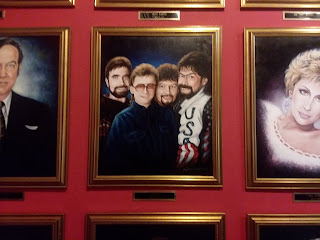 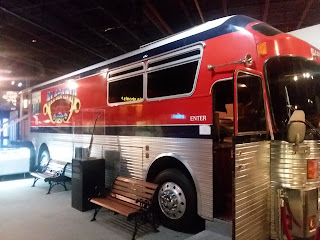 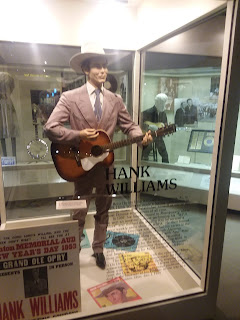 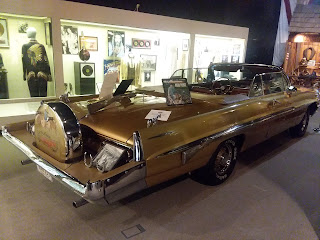 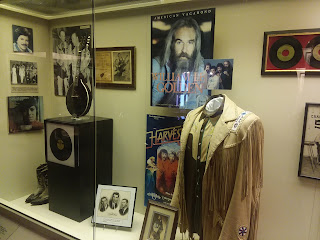 Then only a couple miles away was the birthplace of Helen Keller .  So we went over there,  they actually gave you a little tour and talked about  her life,  how she was the most educated  deaf and blind person ever,  how she met all the presidents,  was very interesting . 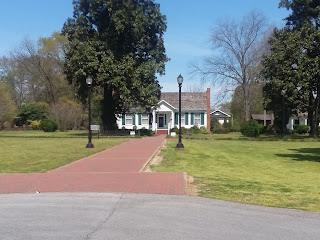 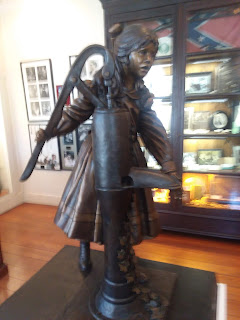 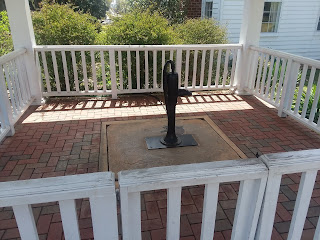 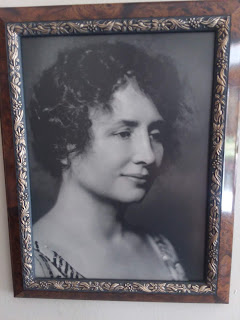 After that we were all hungry so we stopped at a sub shop they were familiar with called Lenny Subs. Was very good, hit the spot, we shared a sub, small chips and a CC cookie. After that they were telling us about a coon dog cemetery. So we took a long drive and we actually found it. Had to have Been a coon dog to be buried there. 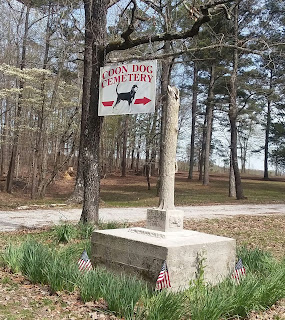 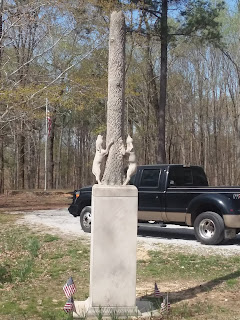 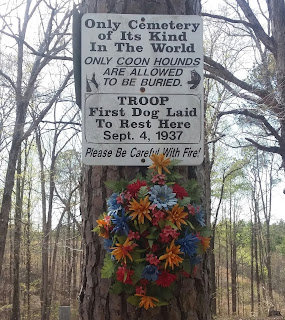 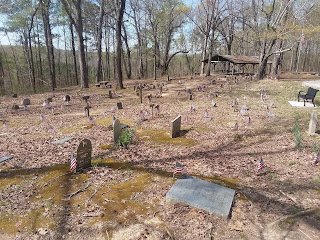 There was some people there that were from the area and they has visitors with them from Australia. There was a cave restaurant called rattlesnake she wanted to take us to, but they were only open on Thursday Friday Saturday and Sunday I think. Have to do that next time. Then  we set off to drive home, which took probably over an hour and a half, when a road was closed we had to go a very long way around, back roads until we got back to the main Highway. It was a very long drive. When we got back they dropped us off, we went inside I needed to start dinner right away. I put yellow rice and chicken in the instant pot and set it for 12 minutes. I wanted to time it to see how long it took from start to finish. The  package said 20 minutes I cut that it almost half. I made some mixed vegetables in the microwave ,  so they wouldn't be overcooked, added them at the end and just stirred them in. Till I got the pressure released and got the pot open it was about 50 minutes total. Sounds like a lot but considering you don't have to watch it, so much nicer set and go do something else. While it was cooking I made 4 salads and got the plates to serve my whoopie pies on. We took all the food over about 6:15 we had a nice meal together it turned out very good. I was getting a little nervous when I'm cooking for someone else. But it was very good, everyone had seconds. After the meal was over, she got out an instant pot cookbook she had I never really used. I found two interesting recipes one for Oreo cheesecake and one for a chocolate cake. I never baked in it before. She made me a photocopy. We said thank you and goodnight to Len, he has PT appointment tomorrow so we might not get to see him before we leave. We all gave each other hugs and handshakes. There so gracious and welcomed us back anytime. We love them and thanked them  again and said goodnight. Hope we see them soon. Came back to the RV, got a lot of stuff to put away. Watched the last half-hour of Survivor, I took a shower and spent quite a bit of time putting things away to save time for tomorrow morning. Jim wants to leave by 9:30 a.m. was a wonderful day with such good friends thank you both again.
Posted by Darlene at 5:09 AM