A day full of unknowns 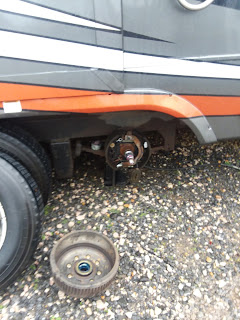 Woke up in the Walmart parking lot, first thing, check and make sure the inverter is  still running. It had shut itself off because of low voltage. Jim started the generator up and got everything going. We made coffee, we didn't eat anything. So much of our day is unknown, because of our tire situation. Is it safe to drive on with the lugs broke, the place they recommended us to go was six miles away, how is that drive?? Jim called the number they gave us L&M Tire. He did check the tire to see if the lugs were tight. So we got ready and left after he talk to them. We got there safely they showed us where to back in. About five guys came out to look at everything. They pulled the tire off and hub and check the rest of the wheel which was okay.
They told us where to go to get the parts we needed at LeBlanc Trailer Sales. So we went over there, we took the Hub along to see if we just needed to replace the studs or the whole hub. The guy that worked in there Terry was very nice and said we should check all the bearings and hubs on all the tires. So we bought enough to do all that. We took everything back that we bought, by now it was pouring rain and they told us a restaurant we could go to called, Old Tyme Café, so we headed over there, only a few blocks away. Jim had breakfast of biscuits and gravy and sausage and loved it. Here's a picture of the steam table they were serving from, with all the Louisiana Local Foods on it. 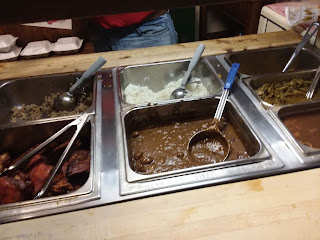 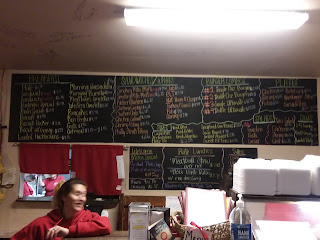 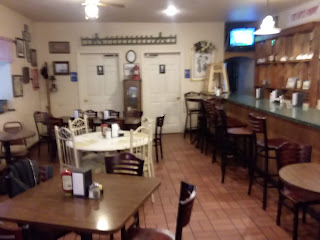 Not sure what everything was. We stayed in there a little while, it was pouring rain and they were having tornado watches in the area. Our phone did come up with flash flood and tornado watches. Scary!  Then went to Lowe's so he could find a torque wrench so he could tighten are lugs as we travel. 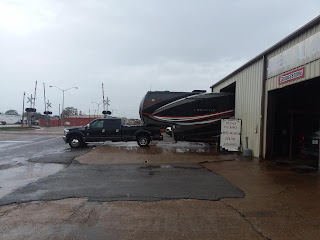 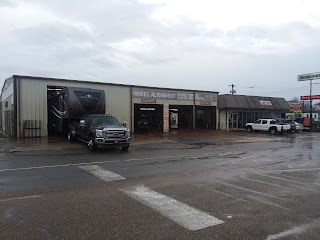 When  we got back we moved the camper into the garage because of the rain. Then we  sat in the truck for a while. we got hungry and wanted to go for lunch. They told us about a place two blocks down the road called the fire house. 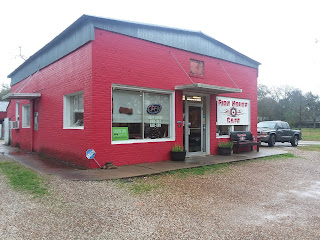 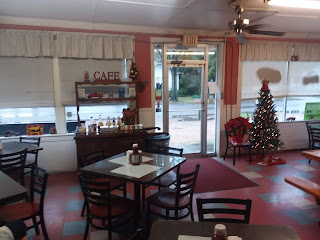 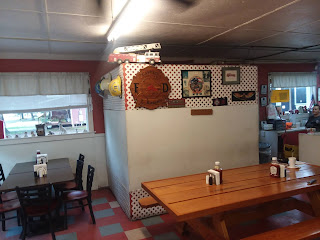 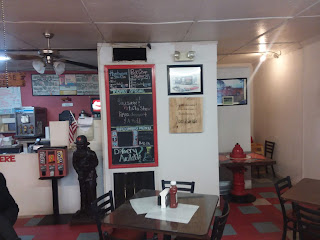 We had fish sandwiches and shared FF. Then we walked back to the fifth wheel. Then we went inside and waited a little longer. I was talking to a woman inside that came in for tires. Shortly after that it was ready. We paid the bill and Jim couldn't believe how much it was. Or as he says how much it wasn't, we were in there for hours. And it was only $187. To replace all the bearings on all four tires, And repack them. Then we pulled the camper out of the bay and headed back to the same Walmart to spend the night again. There was already another fifth wheel here and a motorhome pulled in just after dark.   We pulled in got the generator going again to charge everything back up. Went back into Walmart to ask permission again. There's a few grocery items that I wanted. Came back out I made dinner for Jim, I cooked some hamburger and the leftover yellow rice, and I heated up some turkey chili for me. We watch TV took showers and called it another night in Walmart.
Posted by Darlene at 4:03 PM

Email ThisBlogThis!Share to TwitterShare to FacebookShare to Pinterest
Labels: knee deep in a pile of Gumbo, Stuck in Louisiana