I did not want to get out of bed this AM. I finally did I think it was after 7:30. Did our morning routine kind of had a light breakfast  planned on having brunch in Yuma. I did another load of laundry. While Jim went to the shower house I finished getting ready for our day trip out of the state.  Packed a little lighter today, no lunch for 3. We both had long pants on at the last minute we both put on shorts. We  were getting picked up by Chris 9:15 AM, I procrastinated so long but I was ready. And we started our drive towards Yuma. We made one rest area stop. Then we stopped at Buttercup Imperial Sand Dunes, took some COOL pictures, some people were sand surfing, you could see dune  buggies up there. 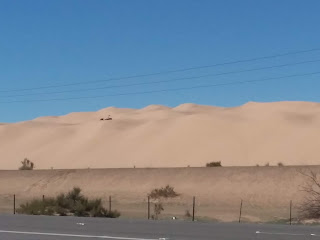 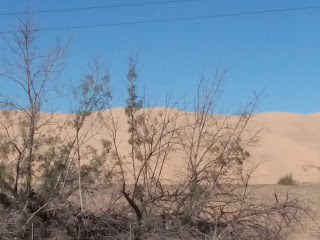 Then we went to IHOP for brunch. We mostly  had breakfast food. Then we went to Martha Date farm for a date shake. Really good mainly ice cream. So I just tasted Jim's. We bought some fresh California dates they're so soft and here's how to store them. 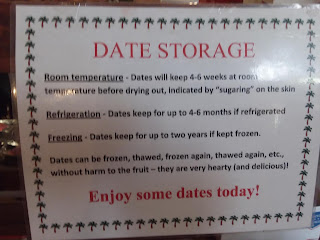 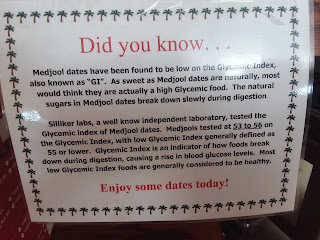 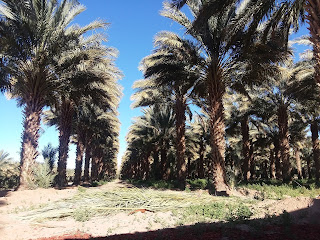 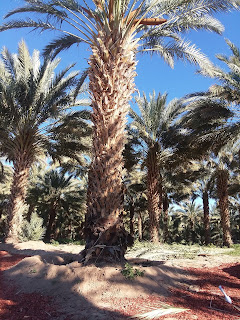 On the drive we saw a lot of crops in the fields, I wanted to know what everything was, so hard to tell, wish they had signs saying what things are. So were being irrigated some had worker's in the fields to harvest. We saw beautiful sunset on the way back too. We always get back after dark. We can't even begin to THANK Christine enough for all the things she showed us while we were here. Then around 6:30 we arrived at Cindy's house. She wanted to check and see how she was doing, she just got out of the hospital. She is a attorney she used to work with. Then we left and she dropped us off at TT. We really were tired, I heated us some chicken veggie soup. We watched some TV and went to bed.
Posted by Darlene at 11:30 AM