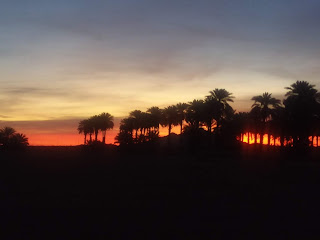 Jim woke up at our lovely boondocking spot in time to see the sunrise. He got the coffee going and then the Genny. I got up shortly after made breakfast and packed a lunch for travel. We left around 10 a.m. heading for Tucson. Jim's GPS on his phone wanted us to make a detour, of  course you never know why they want you to. So the truck in front of us we decided to follow and he made the turn, but it turned out he was heading to the Flying J for fuel. So we followed the road for about  8 miles and it was an access road along the main Highway,  it took forever to get around. Was scary because you never know if it's a road we can go on, turned out it was fine we got back on the main road. Jim's friend Steve called while we were driving and I said I was freaking out. And then they continued to talk and then his wife said why is Darlene freaking out, because we were on a Road that I didn't know what was ahead, I'm always afraid of a bridge we can't get under Etc.
We arrived at the KOA Tucson at Lazydays. Checked in probably was the nicest Campground we were ever in. They had sites with your own little doggie parks fenced in grass areas. Some had  putting greens, there was Orange, grapefruit, and lemon trees everywhere that you can pick. We left the truck hooked up, left our problem slide in, hooked up to sewer electric and water and cable. I did four loads of laundry, I got the instant pot out and made some boneless pork ribs, then I made some beef ribs for Jim, then went  for a little walk and ended up in their restaurant called BBQ Rush. Jim had some ribs I had some pork barbecue, probably the best potato salad we ever had. Before dark we walked around the campground a little more. And went down to three gas fire Rings they had with chairs all around. Sat down with a couple from Washington, he told us where to go for propane.  It starting to get colder so we walked back to the FW. Changed and settled in for the night and watched some TV before bed. 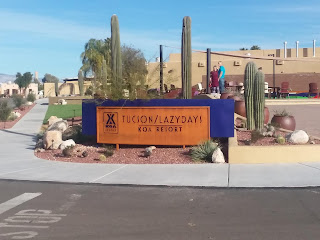 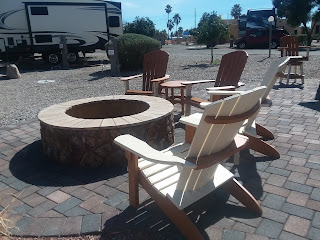 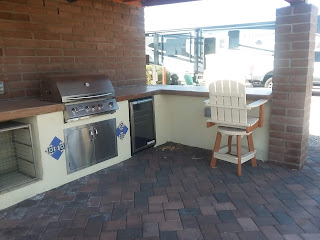 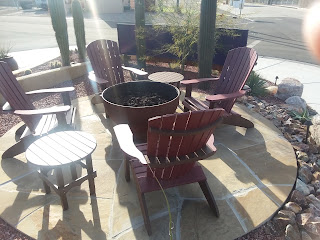 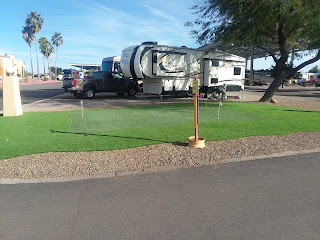 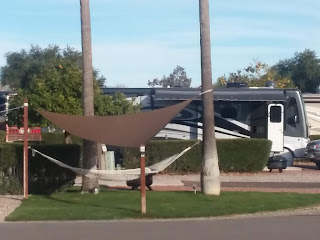 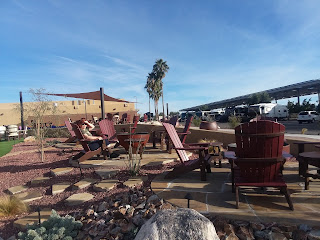 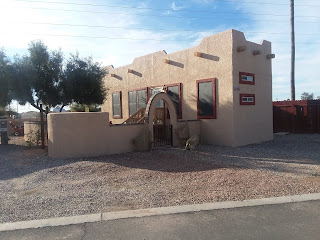 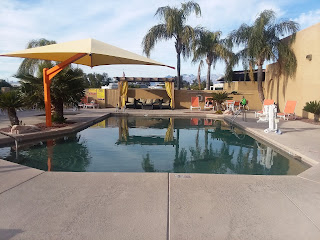 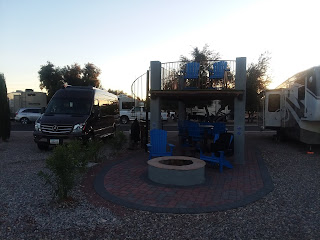 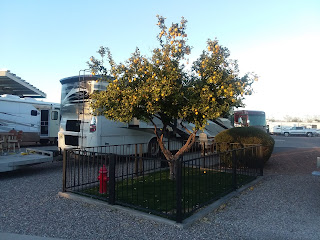 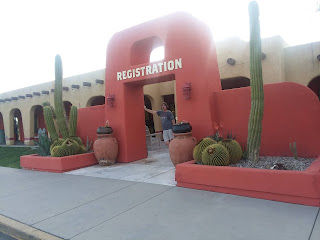