This morning we got up and got ready for our fun day she was picking us up at 10 a.m.  I made us a smoothie first and then we had bacon egg and cheese sandwiches needed something to hold us over for a while. We packed so much stuff look like we were moving in. Today was a beautiful sunny day. When she picked us up we drove right through downtown San Diego. 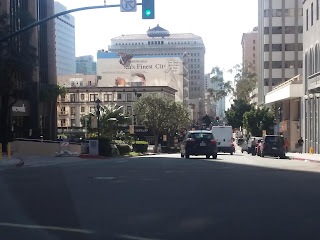 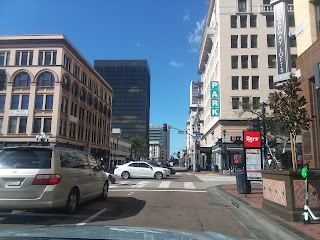 She took us down to the waterfront where the USS Midway Museum ship is located. Jim was taking pictures of the statue of the iconic photo the kiss.  The national salute to Bob Hope and the military. 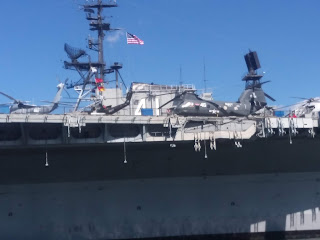 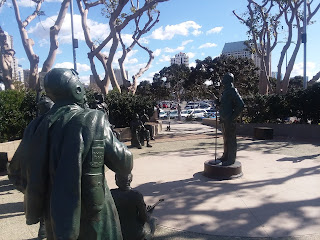 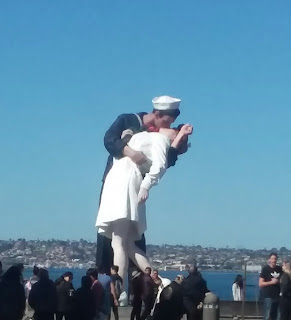 We looked at some beautiful homes, park the car and walked on the Pacific Ocean  on the beautiful beach there.  Someone made a really cool Sand castle that we took a picture of. 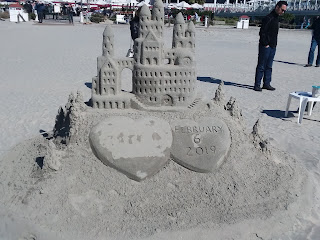 Then we went into the famous Del Coronado hotel for a drink and enjoyed the beautiful view on the deck. 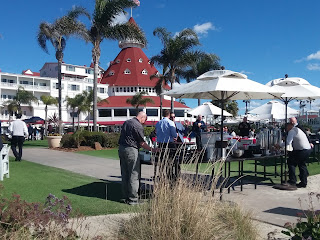 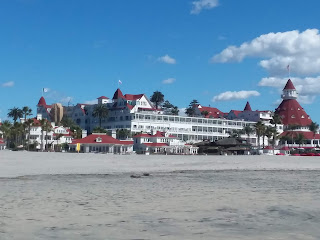 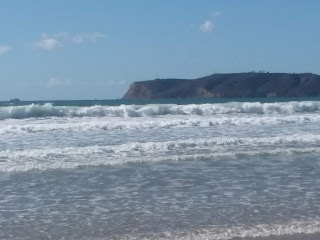 We drove down the Silver Strand they call it, and looked at an RV park on the beach was really nice. 50 to $60 a night depending the where you park. It was really tempting to move over there later. What beautiful views we saw there then we drove to Imperial Beach and walked out on the pier which is about a quarter of a mile long, beautiful waves I got some awesome pictures of. 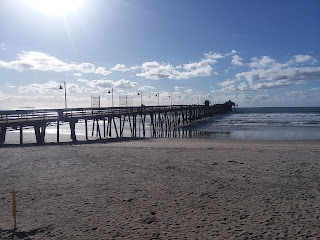 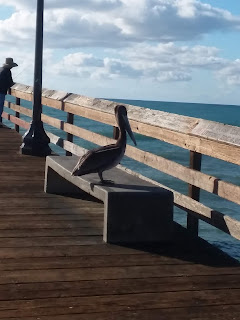 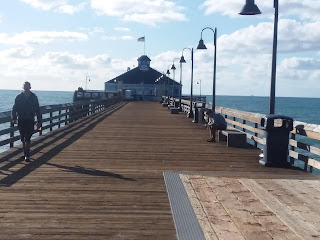 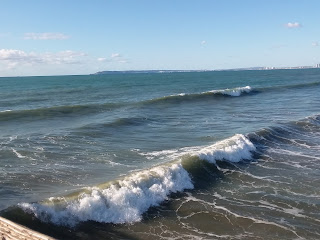 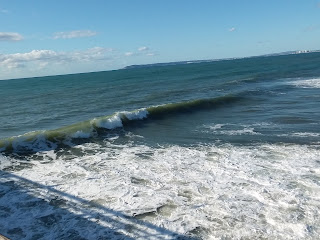 They had a little restaurant at the end of the pier and we had a quick lunch out there. Then we when to Chula Vista Bayside Park and got pictures of the beautiful sunset, and sad sight of a RV park closed that was beautiful but they're building something there she said later, probably a hotel. 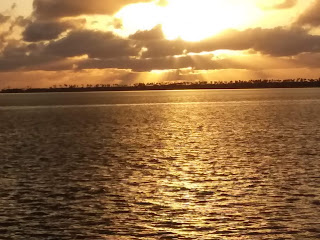 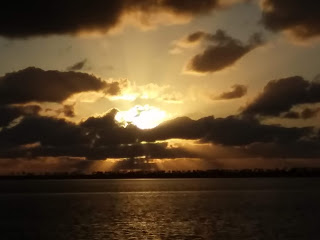 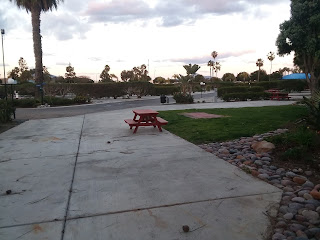 By then it was getting close to dark so we started driving back to the FW. She dropped us off,  Jim grilled some chicken so we could make wraps for tomorrow's day sightseeing. We had someone leftover chicken vegetable soup watched a little TV and I went to bed early, was a busy day having fun.
Posted by Darlene at 4:27 PM