Hoover Dam, and a SHOW

Jim was up first he made coffee, we had the alarm set just in case. I got up shortly after that. We got ready and walked down to the lobby, he was supposed to pick us up at quarter of 8. He was late, he called Jim to let him know, wish we could have stayed at the camper all that time. But we got almost two days of blog finished in that waiting time, which was very productive. The driver Peter was very good and had a very nice voice. We were in a white Mercedes Sprinter van most people from Canada one couple from England. There's 10 of us all together. First we drove to the Hoover Dam some awesome views. 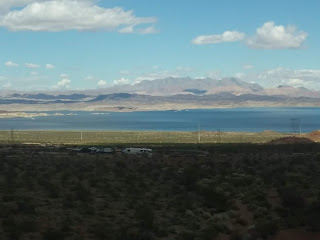 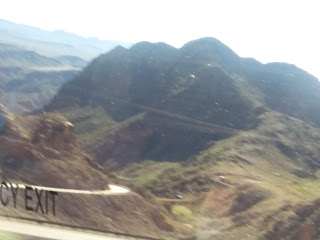 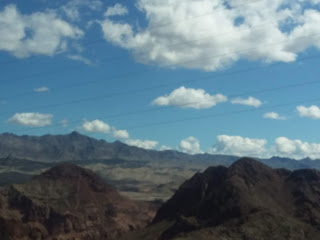 Can't believe how many people drove in with their camper around us. The tour was very good I just felt a little rushed, first when we got there, when he parked I wanted  to grab my scarf and my Phone and something else but I forgot them all because I felt rushed by the driver. Since he was so late I felt rushed inside the visitor center where there was a lot of displays to look at. He gave us a lot of details before he passed us on to our guide inside named Dan. The two intake Towers are 40 stories tall. Right now the lake is about 500ft deep and it's 58 degrees, Where the water comes out in the middle of summer you can still get hypothermia if you fell off a boat. It was completely full twice, once was in  1941 they filled it up to make sure that everything here worked, the other time was 1983 they actually had a winter here we're so much snow fell, is a big deal the normal lake level you can see, about halfway down  that's where the normal lake level is,  so currently it's about 60 feet  lower than it normally would be, because what they're doing out here is, they will regulate the River/ lake for the spring runoff that is going to come from the Snows, up 96% of the water that comes into the lake is from snow run off, It looks Brown as if it's chocolate milk Hershey's chocolate . 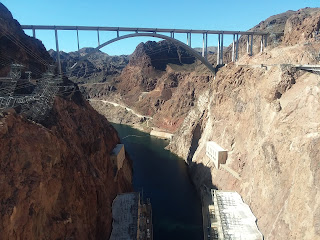 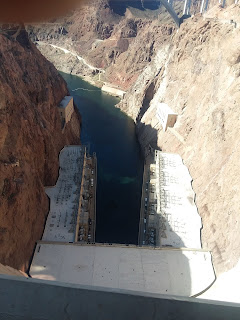 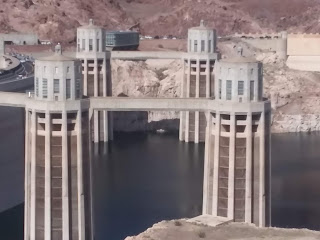 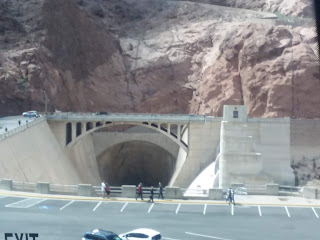 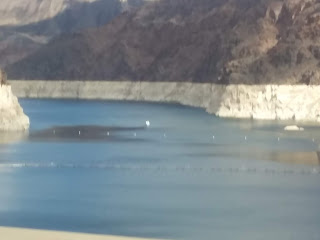 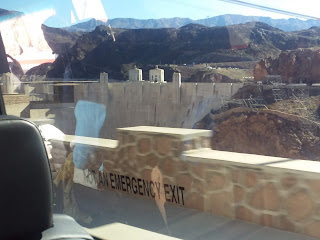 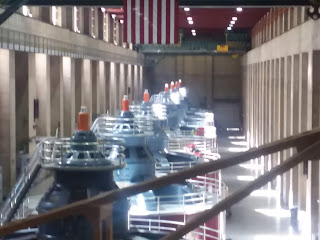 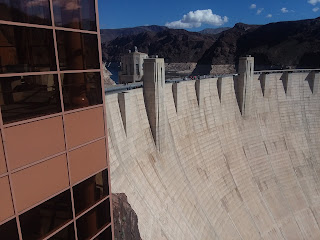 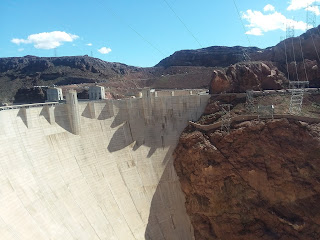 The driver picked us up last but dropped us off first, We got back to the camper about 12:30 just in time for lunch. I put chicken and spaghetti in the instant pot, did 3 loads of laundry, I started with the sheets,  put some stuff away trying to organize the place was a mess . I want to take a nap our show doesn't start till 10 p.m. tonight. Never did nap. We left again around 4, called Uber and he took us to Mandalay Bay first. We went to the Shark Reef took a lot of pictures. 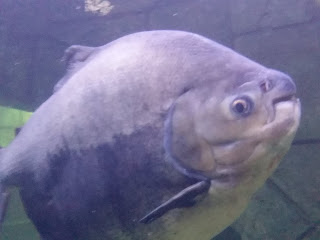 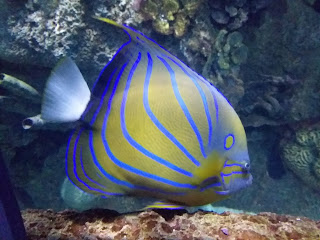 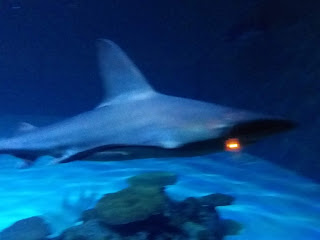 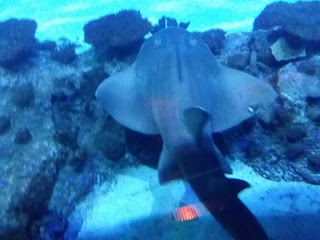 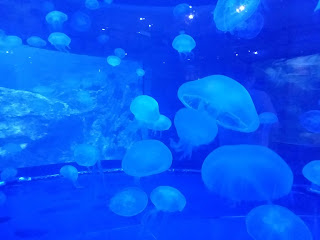 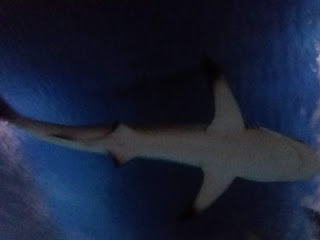 Then we walked around took a tram ride downtown. We ate at Chili's, the show started at 10. He was so funny talked to some people behind us. After the show was over we went in the back and got to meet John, got a photo with him and bought a DVD. Walked around some more got back home a little after midnight. 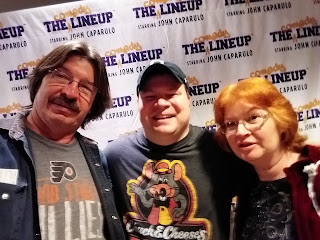