We were so tired I really slept in this morning got up around 9 a.m. Of course Jim was already up but we slept very well. I think I made a smoothie first, as Jim says it's boring whatever. Then I made an egg sandwich with bacon on English muffin. Of course we watch some Today Show and then got ready for our adventure for the day. We went to Red Rock State Park, $7 a person to enter. 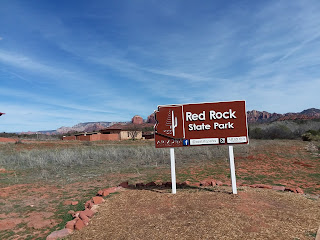 We walked the trails for an hour they had a lovely gift shop, you just can't buy something at everyone. We met some people that we're sitting on a bench along the trail we said hi to and they were from Pennsylvania too. When we were getting ready to leave, they were prepping for a wedding to be held near the visitors center. The creek was really full, because of all the snow and rain they had the last couple weeks, witch isn't the norm hear. 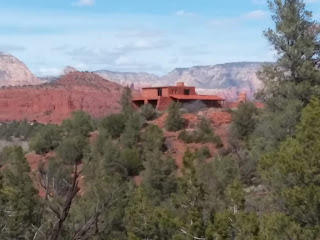 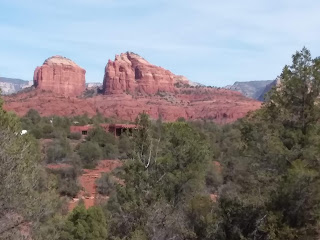 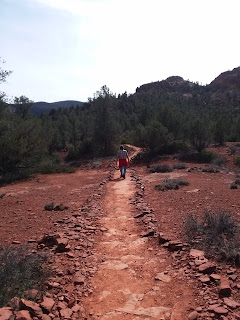 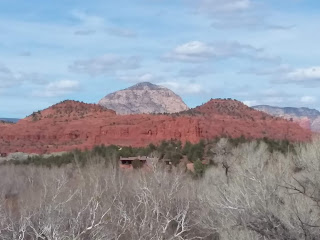 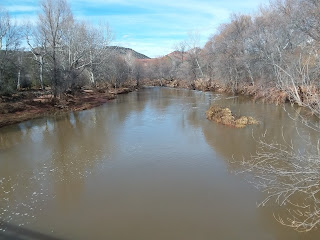 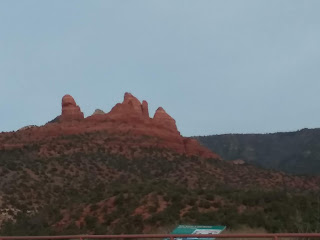 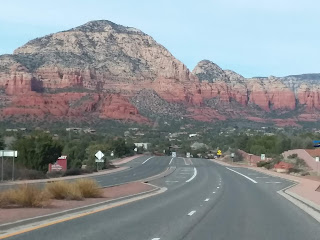 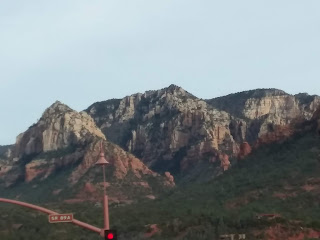 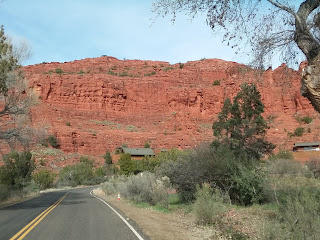 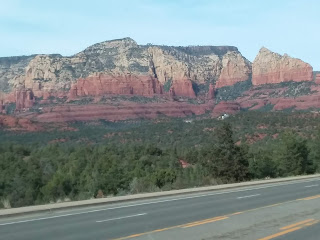 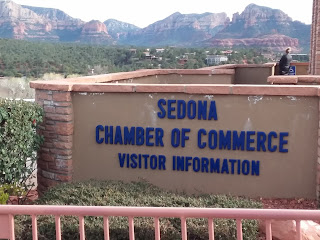 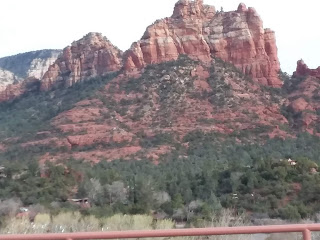 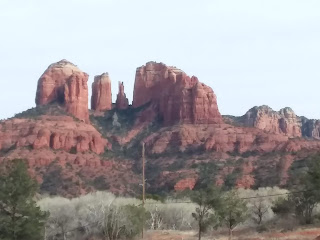 somebody had an awesome Woodfire Grill somewhere it smelled so good. And we went to a Walmart there of course. It said no RV parking there was two small trailers there look like they were staying. Jim went to get his pills I was walking around and was talking to an older gentleman in the produce aisle picking avocados. I told him I could tell he was from around here because he knew how to pickle them.  I asked him a place to go for a really good restaurant in the area we had a nice little chat lovely man. He said to go to Bocce it was an Old Town oh, he said it was fun I looked it up later looks like a nice pizza place. We finished our food shopping it was a very nice Walmart found almost everything I wanted. Checked out Jim almost forgot to go get his pills. The lady at the door was admiring my bags I make it chatted about them. Then we went back to the FW and put everything away, which was a lot Jim started grilling his brains out. He grilled a couple hot dogs I had bought a while ago.  Then he grilled a huge pack of chicken, and a big mess of yellow and green squash AKA zucchini. Meanwhile back inside I got the instant pot going and made inside out egg rolls. And then I put in boneless ribs and three potatoes for dinner tomorrow night. Later each tried a rib there were so tender and good. Tonight I'd like to hit them on the grill caramelize a little BBQ sauce then we can have the zucchini and potatoes for a lovely meal. I also pre-made four salads for later. So we had a few different courses as we both cooked, for the coming days. Was a lot of fun for me I enjoy doing that Jim probably not so much it was getting cold out. I have two bar stools I used one as an instant pot holder, works really nice you just can't go crazy and knock it off but it fits on perfect and gives me more counter space to do all my other cooking chores which I have so much room I can do multiple things at once in here, so nice. Then we watched some TV and shows we had pre-recorded and went to bed. Jim went to bed first I went a lot later, I was on Facebook till my brother Drew saw me and told me to go to bed. And the time doesn't change because we are in Arizona. No daylight savings time here.
Posted by Darlene at 6:27 PM