Wonderful to wake up and not have to go anywhere. Jim is up shortly before me and made coffee. I woke up about quarter of 8 because I wanted to watch The Today Show. We have satellite but need to change or service address to get local channels from Texas area. We can get them with our TV antenna on the roof though. We just can't record, and watch it later or watch multiple shows. Our last address was from Palm Springs and that no longer works here. Easier said than done. I made a smoothie we shared another wonderful orange we will really miss only two left, they were from the pickup truck in Benson Arizona. If you go by I highly recommend you buying some. They were 12 oranges for only $3. Then I made paleo blueberry pancakes we each had two pieces of uncured bacon and eggs. Made the bed watched a little TV, wanted to shower but decided to go for a walk first. We walked down towards the lake, it belongs to Army Corps of Engineers, then we walked around a couple loops that had 30 and 50 amp sites in it. Hardly anybody around. The lake was quite large, had a little Island we saw two fishing boats on it. 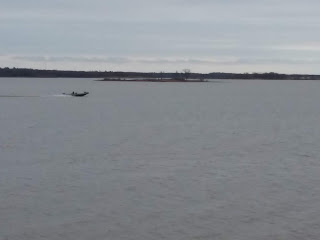 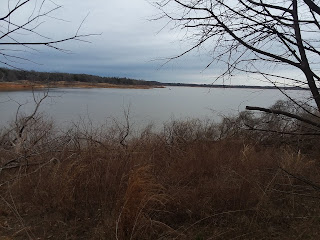 I know not too many people read the blog, which is fine, and I know no one who does would never do this. But the trash laying around in nature is driving me crazy. I tempted to pick up some but you really need to go down there with a bag gloves, and a golf cart to bring it all back, very upsetting to see. Anyway, another thing we took a selfie which when the trip is over I will never be doing again. Jim says last selfie ever. 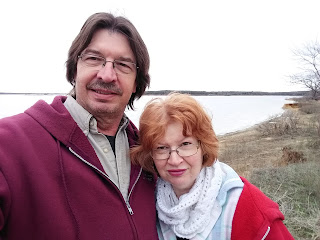 Till next year when we go back to our beautiful Florida locations. So we walked almost 2 hours came back had lunch, leftovers which we love, the spaghetti from last night and a salad, and a little diet pudding dessert I made. Which we worked up quite an appetite. Then I threw some clothes in the washer, I tried to call DirecTV to change our service address, what a fiasco that is. First you go through with someone all your info. And they said they have to transfer you to somebody else to do the service address change. Then you have to go through all your info again with them. She kept repeating our service address in Palm Springs, then the new guy ask me for our old address I don't remember the number part of it. But he said you needed it for verification I said ask her she knows it. So I told him I could give him our billing address, which is in Pennsylvania. But I said don't change that. Then he started saying how much money we pay a month and we can get a discount. Jim said that's not what we pay. He tried to give you a higher number and then say they're taking $60 off of it, blah blah  blah Jim is getting so, PO ed. I said just forget it. Maybe I'll try him again later, you always get somebody different. He sent them an email and said WHY??  Couple times ago I called timed it took 12 minutes, boom done. The last time I had to call four different times for a total of over 2 hours till we got it accomplished. Then we sat outside, beautiful sunny day in Texas. Chilling! Then I went back inside and tried Direct TV again, this time I had luck with the first lady I talked too, she  helped me right away, even when she tried to upsell me, all finished in 13 minutes. We took showers, had dinner, I finished the laundry we relaxed and watch TV the rest of the evening.
Posted by Darlene at 4:43 AM