Jim woke up around 4 a.m., concerned about our battery. We had the furnace on last night, should have been turned down a little more, it was warm in there. It ran a lot through the night. So I got up and looked at the battery, and it was at 58 point something. I got back in bed, we agreed the generator probably should come on sooner than later, so we can get a full charge before we left. So we both laid there a few minutes Jim got up, got dressed went out and turned it on, like the wonderful man he is. By then it was at 55%. Like the sleepyhead I am, I got up eventually over 2 hours later. This turned out to be a lovely Boondocking spot again. We did our normal routine when we Boondock rush, rush,  rush. I made Jim a quick breakfast of eggs made wraps to go. We were the only RV on our side except for a big older bus that was right in front of us and they had at least one child with them. We pulled out about 9:45 got through the construction fairly easy. Back on Highway 10 East. It was a fairly decent travel day, once we got on 62 towards Carlsbad NM there was a lot less traffic but we had to climb a little, a little windier than we would have liked. But all is well. The funny part was we left NM got into Texas and then back in to NM. We found a place to top off the tank a smaller gas station then what were prefer. We missed the Flying J that we were going to stop at . Jim felt better after we topped off the tank because there's a long stretch with nothing around. It's so flat around here  off in the distance we could see fire, as we got closer we realize there's a big pipe coming out of the ground with the Flames coming out. We're not sure if it has to do with the oil fields around or gas. We only stopped one other time had a quick lunch. Jim fix a strap that was part of holding up some of the underbelly. Which I saw it hanging when we got fuel but we only fixed it at our lunch spot. We arrived at KOA Carlsbad around 3ish, give or take. Really nice KOA, 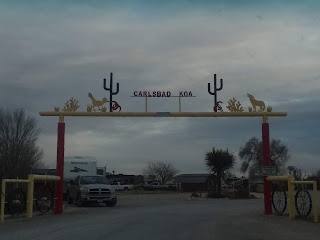 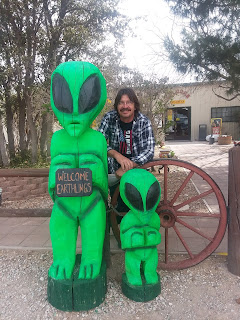 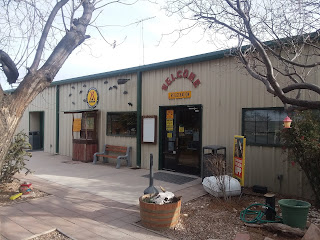 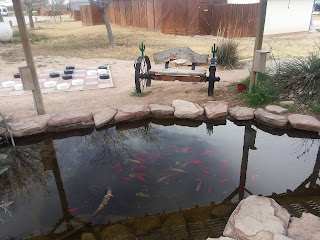 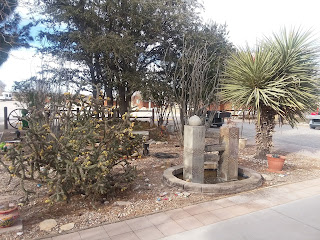 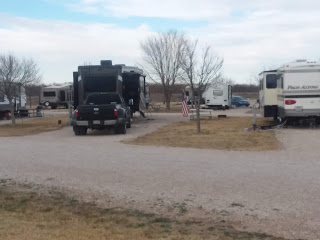 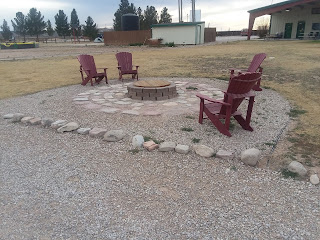 90 sites all pull through, very large sites It's pretty flat. Nice views of the mountain all around. Went inside to register they take you to your site they also have a smoker going that you could smell as soon as you drove in. After we got set up we had some vegetable soup. Walked up took our trash to the dumpster and ordered barbecue to be delivered to our site later. Jim had ribs beans with a roll and french fries, I had a pulled pork barbecue the sweet potato fries and we also shared a key lime treat for dessert. All for $30 was very good portions not that large for the sides. But worth it not to have to cook. Jim can't wait to get his smoker cranking with something in it soon. He wants to in Texas, there was a guy with a big smoker that we walked by on the way back to our site we talked to her for a minute it's a really nice one. We had  a nice relaxing evening. Yesterday was the 14th which makes it one month until we have our first reservation in Hershey. We're trying to think of good things about that. 1 be nice to sit and not move around for 3 weeks # 2 to see Jim's mother and our boys and two granddaughters #3 turning the freezer on out front in the hole and shopping and fill in that thing back up again, will be really fun for me.
Posted by Darlene at 8:08 AM