This morning we got up did our normal morning routine quickly. Got everything ready to move and took the camper over to Lazydays for appointment number 2. We went back over to the KOA we already had a reservation for two more nights, but I wanted to get our new tag. But they won't give it to you until the people check out of your sight. While I was doing that Jim filled up with Genny with gas. Then we went to wash the truck found the car wash pretty close by. Then we went to Jim Click Ford to get the trucks oil changed. 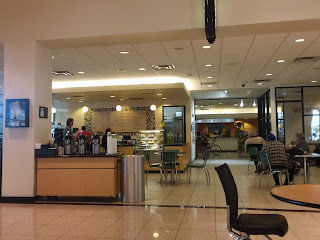 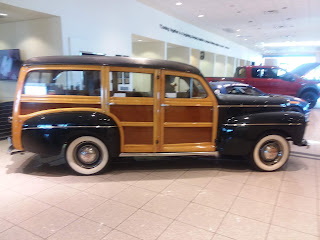 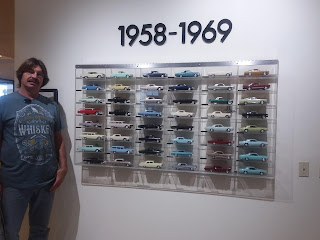 We were there for way over an hour, place was quite busy. Can hear a lot of the service advisors come out and tell other people with their vehicle ALSO  needed. Jim said they would do that with us,  but they never did we just got a text that it was finished. There was a really young mother there and very pretty with two small children baby and a small toddler having a heck of a Time. Jim was in the bathroom the one time and the kid kept crawling up in his chair where we were sitting. We chatted for a minute, I couldn't believe that they didnt have a room for kids while they waited but, she really had her hands full. Later I went over to her and asked her if I'd be any help if I would hold the baby for while and she played with a smaller one, she said thank you but no I'm okay. I said well I remember those days. Soon as I said goodbye and good luck the lady came over and said her car was ready. They had a great snack bar in there, we ended up sharing a sandwich and a bag of chips and shared a cookie, it was over lunch time I was getting pretty hungry. We got a lot of stuff done with the blog while we waited. And we paid our bill and went to get spring water. We went back to the gas station and got more gas for the Jenny. We ran into Walmart so he could find some Pepsi and bananas  that's all we got. Drove by and they were still working on the 5th wheel after 2 we could see everything still opened up. We went and re-registered for our site I can got our tag. Then we went to the restaurant that the Lazydays service advisor told us to go to called Cattletown Steakhouse & Saloon. 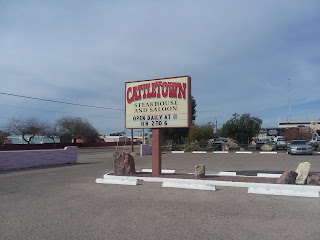 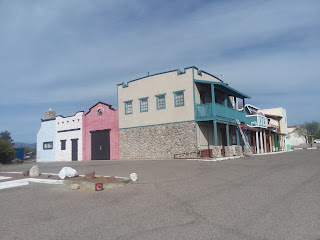 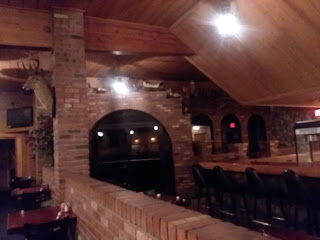 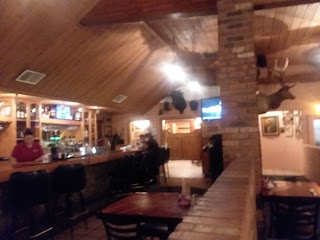 It was a late lunch so it was pretty empty in there. We did talk to a man that was eating by himself for a minute. I had a salad with chicken, Jim had a steak and mashed potatoes and the few shrimp. After that we headed back to  talk to the service advisor about what was going on they're basically waiting for parts and to hear back from our warranty company. We waited for a while inside they're waiting area and then realized we should go out to the beautiful outside sitting area. It was so lovely out. After we talked to him we got hooked up and took the camper back and got set up in our site. We heated up some leftovers I had for dinner and then walked over to the BBQ Rush where there was a guy playing guitar listened there for a bit, then sat by the gas fire pit for a little bit went back to the FW went to bed early.
Posted by Darlene at 9:53 AM