Today we had a fun adventure planned. So when we got up I made Jim eggs and sausage. I had cold cereal and yogurt and a tiny piece of sausage. And we got ready for our day trip. The first place we went, was a new place  Jim found for an AGM battery .  He thought they were pretty good price at $305 each , we needed three,  and he said they would be here in 3 days . 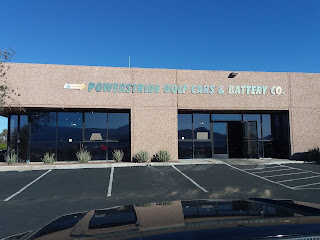 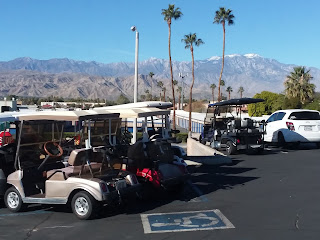 Tomorrow he'll order a battery monitor from Amazon.  Then we went to Palm Springs Aerial Tramway. We went to the visitor center first. Then we drove up the hill 4 miles and parked, then you ride a bus to where you get on the tram. Each tram car holds 80 people approximately over 14000 lb. They don't look like they hold that many and it rotates and goes around twice in the duration of the ride. 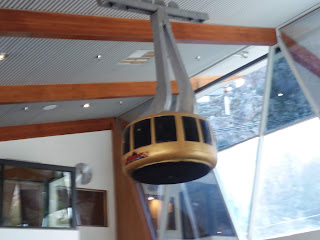 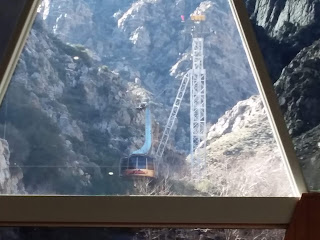 It's the largest rotating Aerial Tramway in the world. It's a total of 2.5 miles one way, which has an elevation of 2600 feet. Our ears were popping on the way up and down.  The mountain station has an elevation of over 8500 feet, where the tram starts the elevation is 2600 ft, and has a temperature difference of 40 degrees colder at the top, approximately. Established in 1963 and coined the 8th Wonder of the world when it opened. Here's a picture of the counterweight, 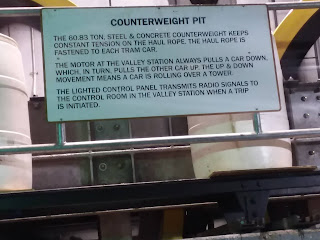 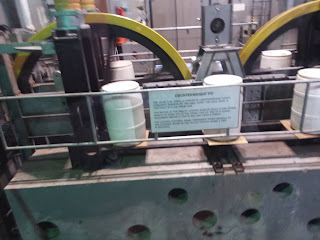 with more details on the sign, but the motor at the Valley Station always pull the car down which in turn pulls the other car up. There's a total of 5 towers and as you pass them they warned you the first time or two but it really gives you a rush because the car moves slightly like it's a rollercoaster ride. There are two restaurants at the top, but decided not to. There was a path you can walk around all outside and see the snow which is the only way we want to see it. 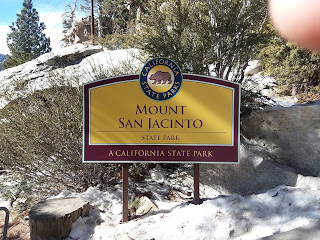 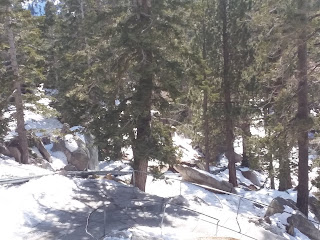 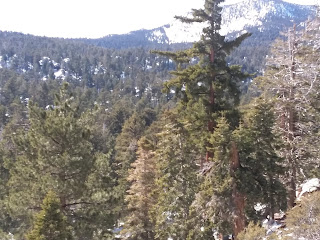 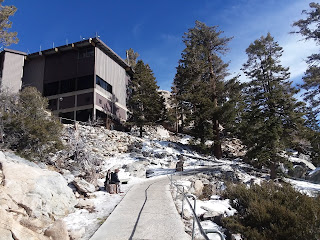 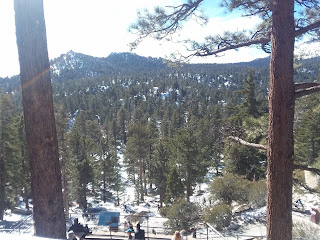 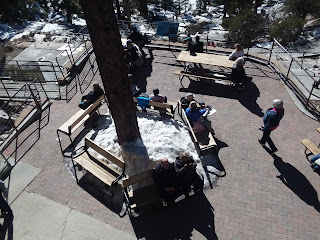 There was a display inside with all the animals  in the area. Some people can actually see the mountain goats walking around the rocks. Some people bring their sleds to sleigh ride. But the grossest thing we saw was a lady picked up some snow and actually ate it, can't believe we saw that because it wasn't quite untouched Virgin Snow it was there for a while and looked dirty. But then we were really tired and getting hungry and the altitude was making us feel weird. Once we got back to the truck, trying to decide what we wanted to do next, we were really hungry by then, but didn't know where to go, wanted to do a few other stops but not without eating first. Almost wanted to just eat at the camper, then we drove by Applebee's and decided to go in there, which we like. We got an appetizer and shared, Jim got an all-you-can-eat thing I had half a sandwich and a salad which ended up taking the salad home and then we shared  two mini desserts, one sundae in a shot glass and a mini brownie bite thing, we racked up quite the bill. Then we got home relaxed, amazing how such fun makes for a tiring day. Relaxed I took a shower we'll do it all again tomorrow. More fun I mean! 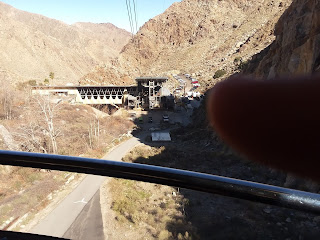 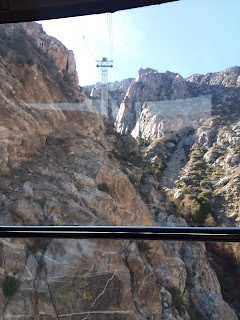 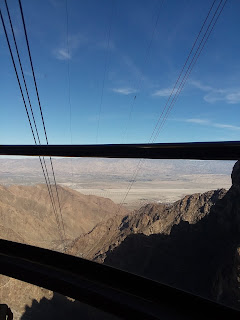 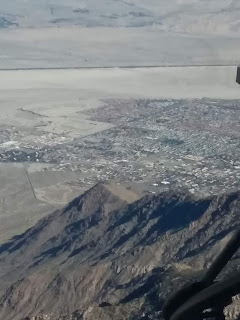 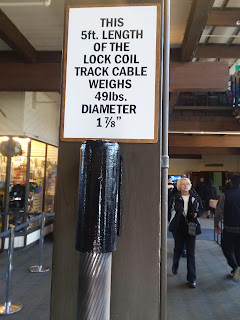 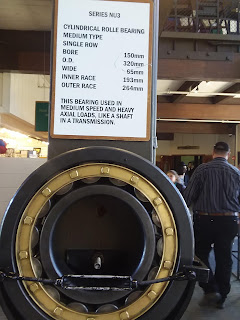 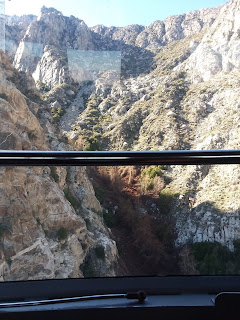 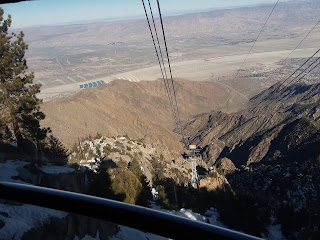