When we got up this morning we did our normal routine. I made bacon egg and cheese sandwiches for breakfast. I wanted to use the rest of my omelette from IHOP. I started to unroll it to put a little cheese in it and it was huge, so I still have another third of it for tomorrow. I did three loads of laundry. But we wanted to turn the electric off and monitor the battery to see what would happen. But we never did because of starting laundry. We sat outside for a long time and read a book of things to do in the area. We had two, Jim looked at one,  is done in 10 minutes, and I probably looked at the other one for an hour and a half or longer. I decided to make us lunch before we went anywhere. I made what I call Urban Cowboy tuna salad, from the movie. Tuna with apples and pecans and not so much of this onion a Sissy said in the movie.  We waited till at least 2:30 and decided to go for a drive. We ended up driving towards the windmills and they have a windmill tour. I took a lot of pictures, what we learned that was really cool was this farm on the San Gorgonia Mountains Pass in the San Bernardino Mountains contains more than 4,000 separate windmills and provides enough electricity to power Palm springs and the entire Coachella Valley. The wind speeds need to be 13 miles an hour at least, the largest of the windmills stand 150 feet tall with blades half the length of a football field. the compartments at the top containing the generator, hub and gearbox weighting 30 to 45,000 lbs. A windmill turbines coast can range upwards to 300,000 and can produce 300 kilowatts the amounts of electricity used by a typical household in a month. Crazy amount, need an RV one.
After that we drove through Desert Hot Springs looked at some beautiful desert homes. Once again I love looking at the flower beds. Then we decided to head over towards the Joshua Tree National Park. It was getting late but we were so close we said what the heck. We went into the visitor center, they were giving some Junior Ranger badges to some small children. Then I asked a woman in there what we could do this late in the day. And she said we could drive into the park and make the whole loop around which takes an hour, or Drive-In and then just turn around and drive back out. So he said what the heck and we drove into the park, past the ranger station which they weren't taking the fee any longer because it was so late in the day. I think they charge $30 per car so that's what we saved. I got some awesome pictures of the rocks. The Rock piles began Underground eons ago as a result of volcanic activity. Magma in this case molten forms of rock called monzo-granite - Rose from deep within the Earth. As it Rose, it erupted the overlying Rock, the pinto gneiss formation. The sun was starting to set, the huge rock formations kept us from seeing the beginning of the sunset, but the views are stunning, just unbelievable. We had to decide if we were going to turn around and go back out, or Jim said we could go through and come out the other end and head back towards the FW. We found out the next day it would have taken us over 3 hours to get out. We didn't know that at the time. That's why the feeling I had to turn around, was a good thing to do, as much as we wanted to keep going we did decide to turn around and go back out the way we came, past the closed guard shack. The sun was setting anyway and we wouldn't have been able to see much after that. We continued to head back and ended up jumping on 10 for a short time to get home sooner, by then it was pitch dark, driving after Dark is so crazy now. When we got home we were more than ready for dinner, so Jim put on the grill, we put the pork chops on, I made a very small amount of cornbread stuffing, and steam some mixed vegetables in the microwave. Was very good and satisfying, we watched a little TV talked about what a wonderful day it was, the cool part was we spent no money, for such a fun Day. 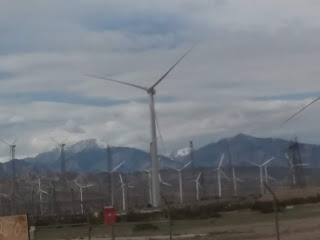 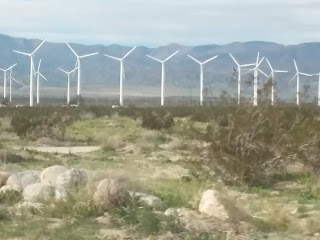 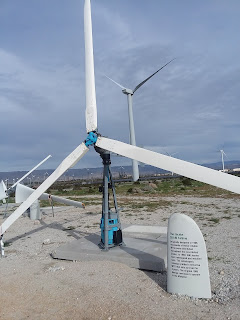 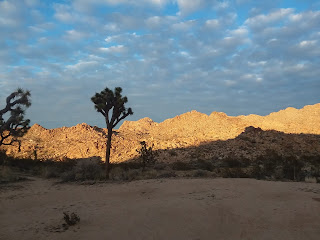 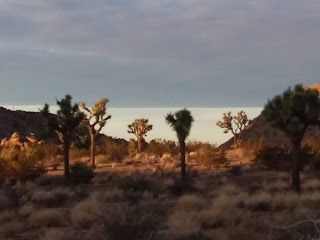 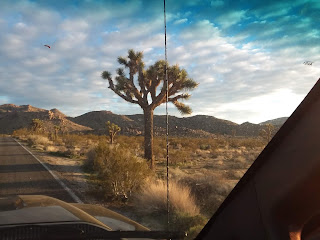 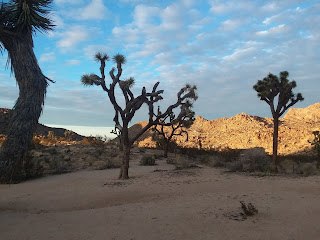 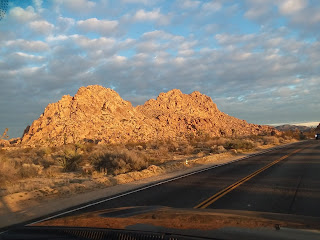 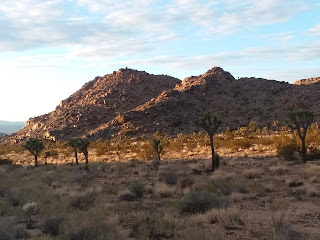 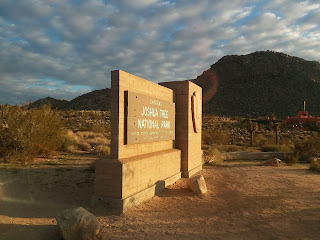 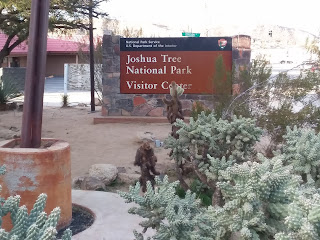 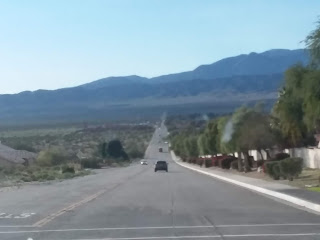 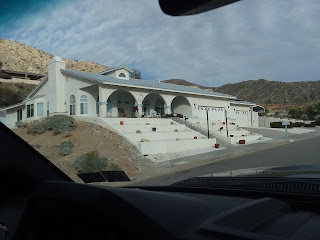 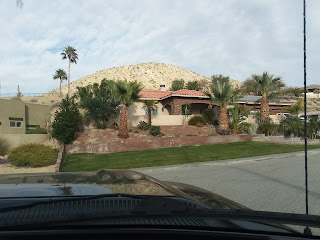 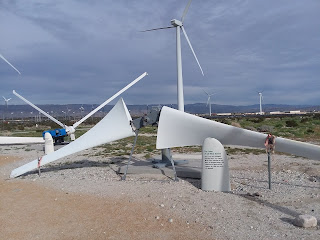 Email ThisBlogThis!Share to TwitterShare to FacebookShare to Pinterest
Labels: Wednesday 1-30-2019